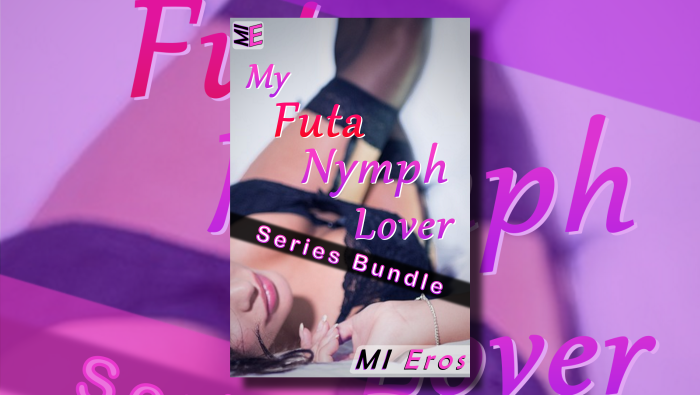 Penni is a futa nymph with magical powers. She turns Kevin into a futanari as his punishment for peeping on her while she pleasured herself. She demands that he live as a futanari himself, and be her futa on futa lover for three days before she changes him back into a man. This wild ride will be one Kevin never forgets.

Book 1: His Futanari Surprise
Kevin is caught peeping on Penni, a futa nymph, as she is pleasuring herself. For his punishment, she changes him into a futanari and demands that he take her home with him and be her lover futa on futa lover for three days. If he can fulfill her demands, she’ll change him back into a man.

Book 2: Futa on Futa Love Affair
Penni demands that Kevin, who is now Katie, take her to the amusement park. Kevin doesn’t want to be seen in public as a futanari, and is still coming to terms with his futa on male gender transformation. Penni reminds him that he is futa girl Katie until their three days of being futa lovers are up.

Book 3: Futanari Meets the Parents
Kevin was turned into a futanari by his lover, Penni the futa nymph. With his sexy and futalicious body, Penni parades him around in front of his parents. However, due to Penni’s magic, no one has a clue that he’s actually a man. To them, he’s always been their lovely daughter. Later that evening, Katie and Penni return home and indulge their last night together as futa on futa lovers.