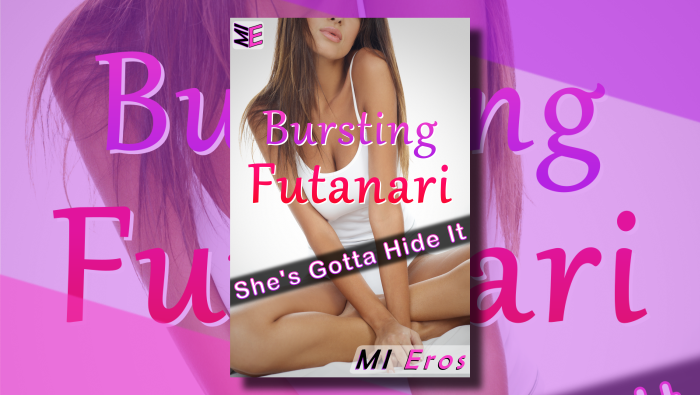 Tamela, a futanari of the magically hidden Futanari City, discovers Stefan, a stranded expedition team member who lost his way. Aware of his being lost, she decides to assist Stefan with getting back to his expedition’s main camp. The more time the two of them spend together, the more attracted to each other they become.

Stefan freezes as she reaches his welcoming mouth. He was already lying down as they spoke. She had him right where she wanted him. Overwhelmed by his desire to fulfill her, he gives into the passive role and accepts more of her tongue into his starving mouth.

They make out and Tamela is the first to be completely naked. All she had to remove was her loin cloth and chest piece. In the light of the fire, her voluptuous body looked like something from out of this world. She looked like a goddess who touched down from heaven just to be with him. It was so surreal.

As she removed his shirt and shorts, he wanted to bend over for her. Against all feelings of shame and embarrassment, Stefan was urged by his fiery desire to let her fuck his tender bottom as he accepted the fact that he was craving her huge futa dick.

“Oh, Stefan! I want you so badly!”, Tamela moans as she makes her way down his stomach.

“This is your first time doing futa on male, yes?”, Tamela playfully asks.

“Yes… Ahh… Ahhh, yea!” Stefan moans in delight from the pleasure she delivers to each of his parts, especially his ass. There was no way he was expecting to enjoy it so much.

“Don’t worry, Stefan. I use magic to make your asshole comfortably expand. There will be nothing but pleasure for you.”, Tamela assures.

As she slides a finger into his tingly pucker, she expels magical energy from it. Stefan feels the soothing warmth of this sensation and his ass melts.

“Feels good, yes? This will make sure you can safely handle my huge cock, Stefan.”, Tamela eagerly informs.

She continues on, inserting another finger inside of him, which goes in with no problems. As she finger-fucks his welcoming hole, she strokes his now fully erect man-meat. Her simultaneous stroking against his prostate as well as up and down his dick produces in Stefan the most intense orgasm he’s ever experienced.

“Ohh!… Ahh, Ahhhh!… Aawwwe!”, Stefan squeals as his legs twitch while his body jerks in place. Throughout the duration of his intense climatic euphoria, he embraces his humility and surrender to her, Tamela, who is currently the woman of his dreams.

Ready for her piercing rod, Stefan spreads his legs and lifts his welcoming bum upward for her.